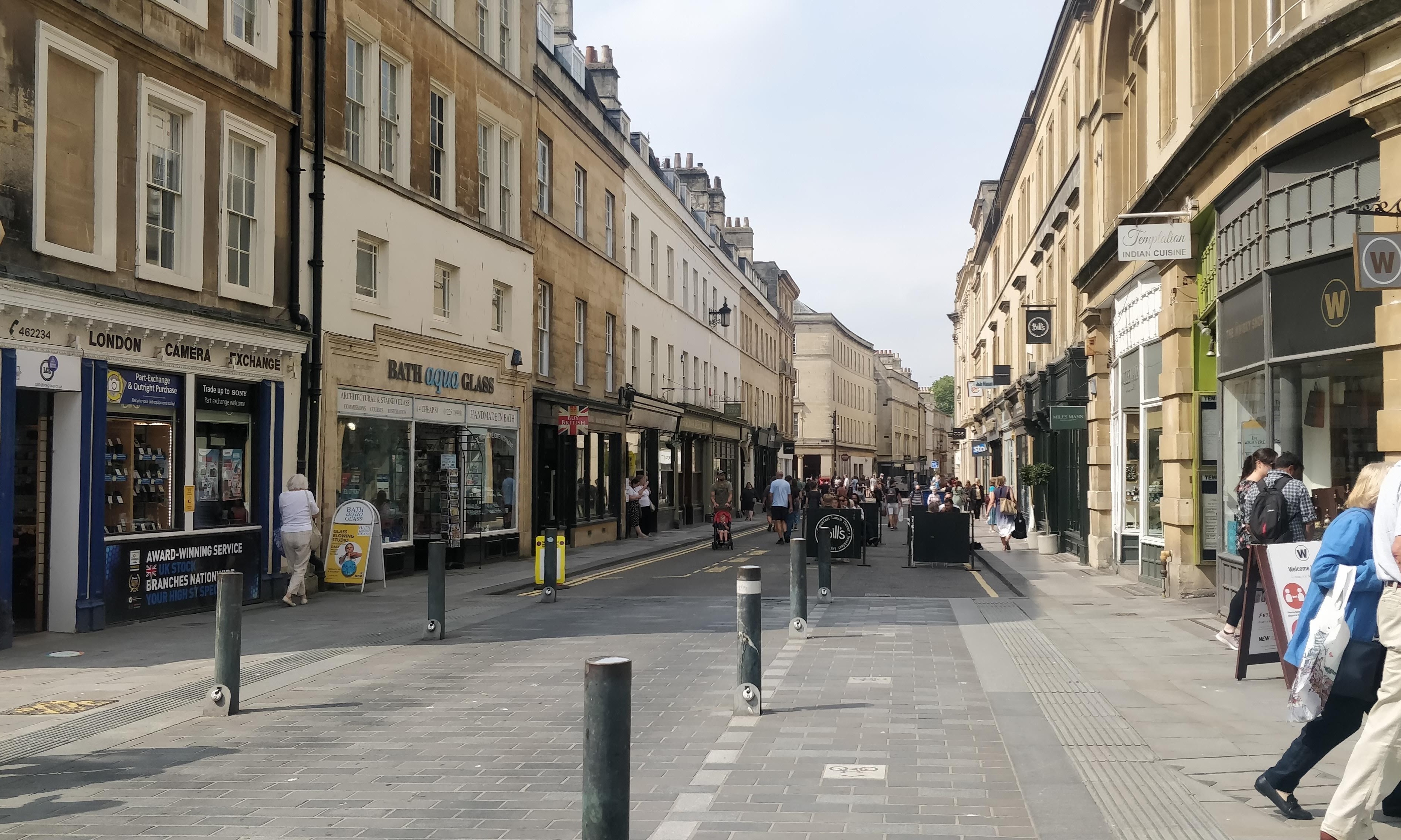 Proportionate preventative measures aimed at reducing the risk of terrorist attacks using vehicles in Bath while maintaining access to the city centre for residents, businesses and blue badge holders are to be considered by cabinet on  20 July.

The city centre proposals include vehicle access restrictions on streets defined as crowded places in and around Bath Abbey and the Roman Baths.

The report to cabinet follows the publication of an independent Accessibility Study and feedback from a public consultation.

It recommends vehicle access to roads in the city centre be restricted between 10 am and 6 pm with controlled authorised access for blue badge holders, carers and taxis transporting blue badge holders permitted in Cheap Street, Westgate Street, Saw Close and Upper Borough Walls.

The report also recommends extending the restriction on vehicle access until 10pm in York Street to support the increased footfall from Terrace Walk through York Street to the new Clore Learning Centre and World Heritage Centre, which are due to open late into the evening.

Councillor Kevin Guy, Leader of the council, said: “I pledged when I became leader to listen to residents, take on board their views and work in their best interests. Nothing is more important than the safety and security of those who live in, work in or visit our city centre, but we must ensure that the measures we take to protect people are proportional and fair.

“The feedback we received on our initial proposals was that people with accessibility issues would be disadvantaged and residents and businesses felt it was unnecessary for vehicle restrictions to be in place 24 hours a day.

“We’ve taken these views onboard and have consulted with Avon & Somerset Police and the force’s Counter-Terrorism Security Advisers to amend our proposals without compromising security. Cabinet will now consider the revised plans carefully.”

Blue badge holders will be permitted to park on Cheap Street, Westgate Street and Upper Borough Walls on double yellow lines for a period of 3 hours, subject to space being available, via controlled access.

As part of the scheme additional seating would be provided along Cheap Street and Westgate Street to ensure adequate resting space. The proposed ‘Parklets’ would be interspersed with existing street furniture as close to 50m intervals as possible.  They would be located on street with level access the footway to avoid extra clutter and furniture obstacles on narrow pathways.

The parklets would be fully accessible, accommodating wheelchair circulation, and incorporating a range of seating types, including perch seating and those with backrests and armrests. Visual clarity would be designed into the parklets, with bold colours that contrast with the immediate surroundings and surfaces

Councillor Manda Rigby, cabinet member for Transport, added: “While there is  currently no specific intelligence to suggest that Bath is under increased threat, the current general terrorist threat to the UK is ‘substantial’ which means that an attack is likely and could take place anywhere in the UK.

“There is a continuum between completely securing the city centre and allowing full access. We have worked very hard to ensure we have balanced the risk of a catastrophic event, with the need to facilitate a vibrant, healthy accessible city centre. It’s why, having carefully considered the Accessibility Study, feedback from the consultation, and police advice, we’ve looked at our proposals again and amended them.  If they are approved by cabinet, there will be another chance for people to have their say by commenting on the Traffic Regulation Orders when they are published.

“If approved, further work will be done before the scheme is implemented to have an operational schedule to facilitate necessary access, whilst not compromising security.”

To read the Accessibility Study and Consultation Feedback Report documents visit: https://beta.bathnes.gov.uk/bath-city-centre-security-consultation-update Information about the consultation is available on request in other languages, audio, Braille, large print or other formats. To request another format please contact us by email citycentresecurity@bathnes.gov.uk or by telephone on 01225 39 40 41.