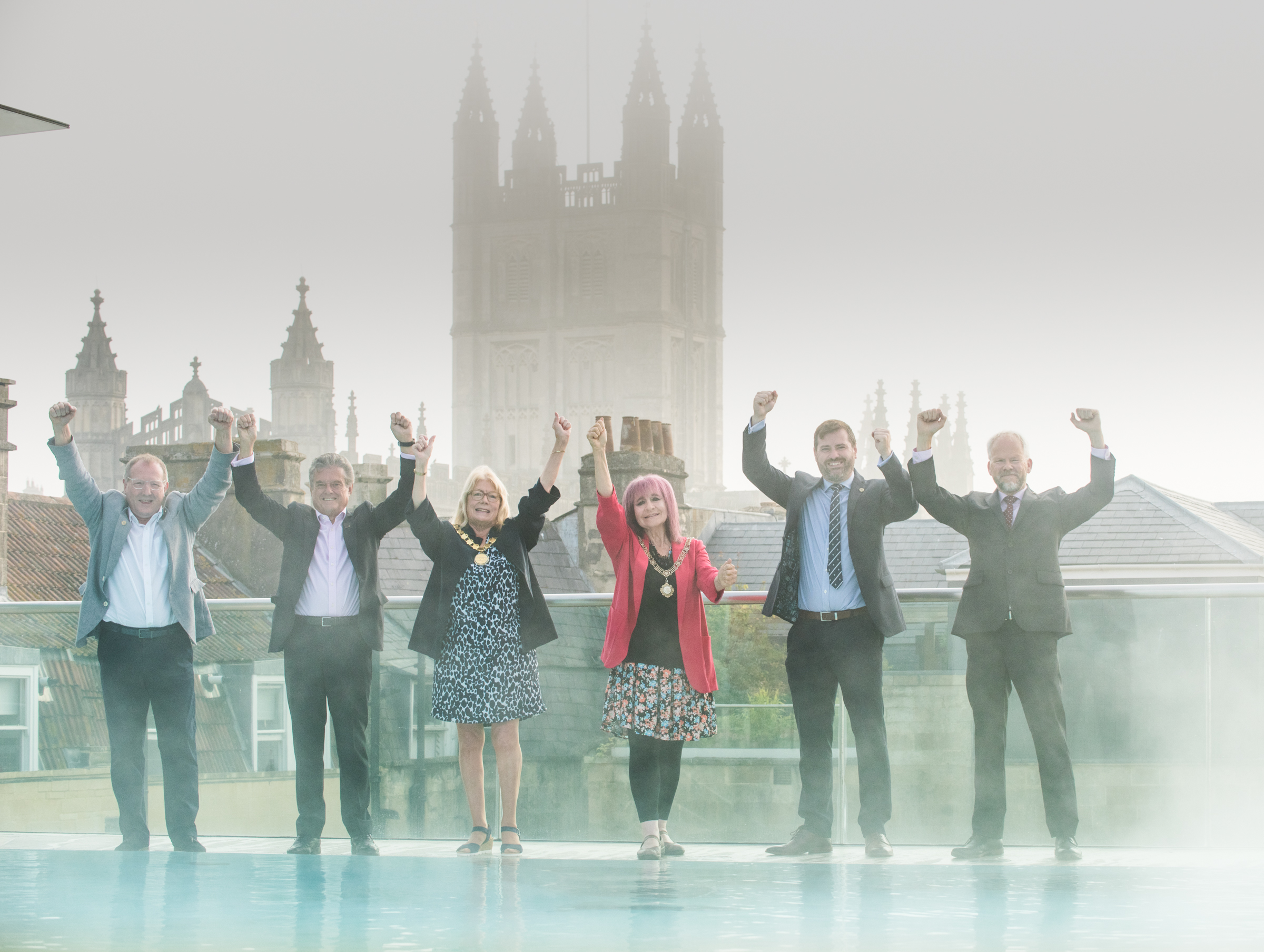 Bath’s second UNESCO World Heritage status listing marking it as part of the Great Spa Towns of Europe has been celebrated at an event to mark the inscription.

In July it was announced that the city, along with ten other historic spa towns, had secured the much-coveted UNESCO World Heritage status as part of the ‘Great Spa Towns of Europe’ nomination.

The event to mark the huge achievement was held today (Monday Sep 6) and included guests who were instrumental in helping achieve the second UNESCO World Heritage status.

Council leader, Councillor Kevin Guy, said: “I want to thank all our partners who worked together for many years to achieve this remarkable second listing. Gaining this status is not just about our remarkable history, it is about looking ahead and nurturing our unique heritage within a modern and vibrant city.”

Colin Skellett, Chair of Thermae Bath Spa’s operating company, said: “At the beginning of this millennium Bath was restored as a spa city and this was vital in gaining UNESCO recognition. Civic leaders showed immense foresight in developing Thermae Bath Spa. The second listing is a great boost as we recover from the Covid pandemic and start welcoming back visitors who are so important to the economy of Bath and North East Somerset. More than half of the visitors to Thermae Bath Spa say the spa was their main reason for visiting the city which boosts the local economy by almost £12 million a year.”

The Great Spa Towns of Europe project focuses on historic spa towns, based around mineral springs, which have formed fashionable resorts of health, leisure and recreational ‘diversions’ such as gambling and dancing from the eighteenth to the early twentieth centuries.

The towns were built in harmony with their natural therapeutic landscape settings to create unique urban forms. They were the pioneers of modern tourism and, although often small in size, they attracted guests who might otherwise only gather in great metropoloi and capital cities. Only a few spa towns rose to great prominence and, of those, only a few remain in a good state of conservation.

Bath is the only one of the 11 towns to already have World Heritage Status.