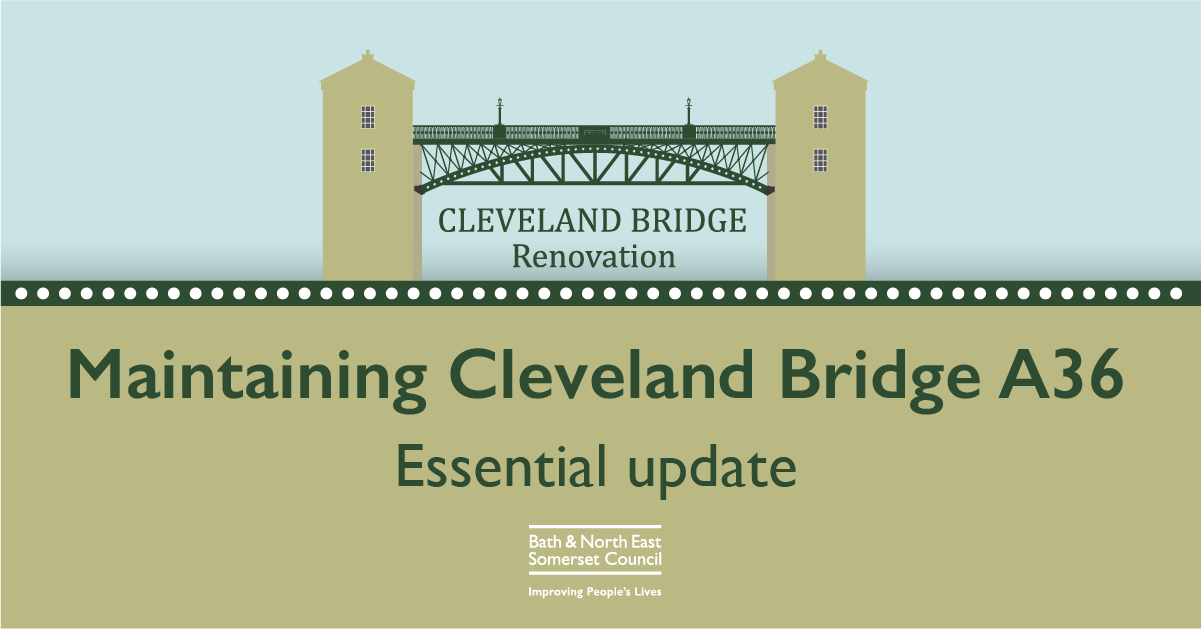 Cleveland Bridge will remain closed to HGVs but will re-open to vehicles under two metres in width from 0600hrs on Monday October 25.

Traffic light controls and the two-metre width restriction are being put in place as part of the staged re-opening of the bridge.

Pedestrians, cyclists and cars can use the bridge which is undergoing extensive repairs. However due to the safety-critical nature of the work vehicles over two-metres wide including HGVs will be kept off the structure.

Temporary supports have been installed under the bridge deck to enable crucial sections of the bridge to be repaired and this means only carefully managed traffic can cross.

An exception has been made for emergency vehicles, which will be able to access the bridge via a gate specifically for their use.

Councillor Manda Rigby, cabinet member for Transport said: “We are keen to minimise disruption and to enable a staged reopening of the bridge, so temporary  supports have been installed which will allow work to continue and some traffic to cross. During this phase it is critical that HGVs are kept off the bridge and so a physical width restriction of two metres will be introduced from Monday October 25.”

Diversion routes for all other vehicles and through traffic on the A36 via South Gloucestershire are available on the council’s Cleveland Bridge webpage: https://beta.bathnes.gov.uk/cleveland-bridge-renovation-project/information-coaches-and-heavy-goods-vehicles .

Work on the £3.8 million project to repair and safeguard the Grade II* listed structure began in May under temporary traffic signals before the bridge was closed to all vehicle traffic on 28 June.

The extent of the works include repairs to the bridge deck and concrete supporting structure, along with repainting of the cast iron arches and parapets and waterproofing to prevent future weather damage.

The project is funded through the Government’s Highways Challenge Fund. Updates to the programme timeline will be posted on  www.bathnes.gov.uk/clevelandbridgeas work goes on. You can also read our regular progress updates on https://medium.com/cleveland-bridge-renovation