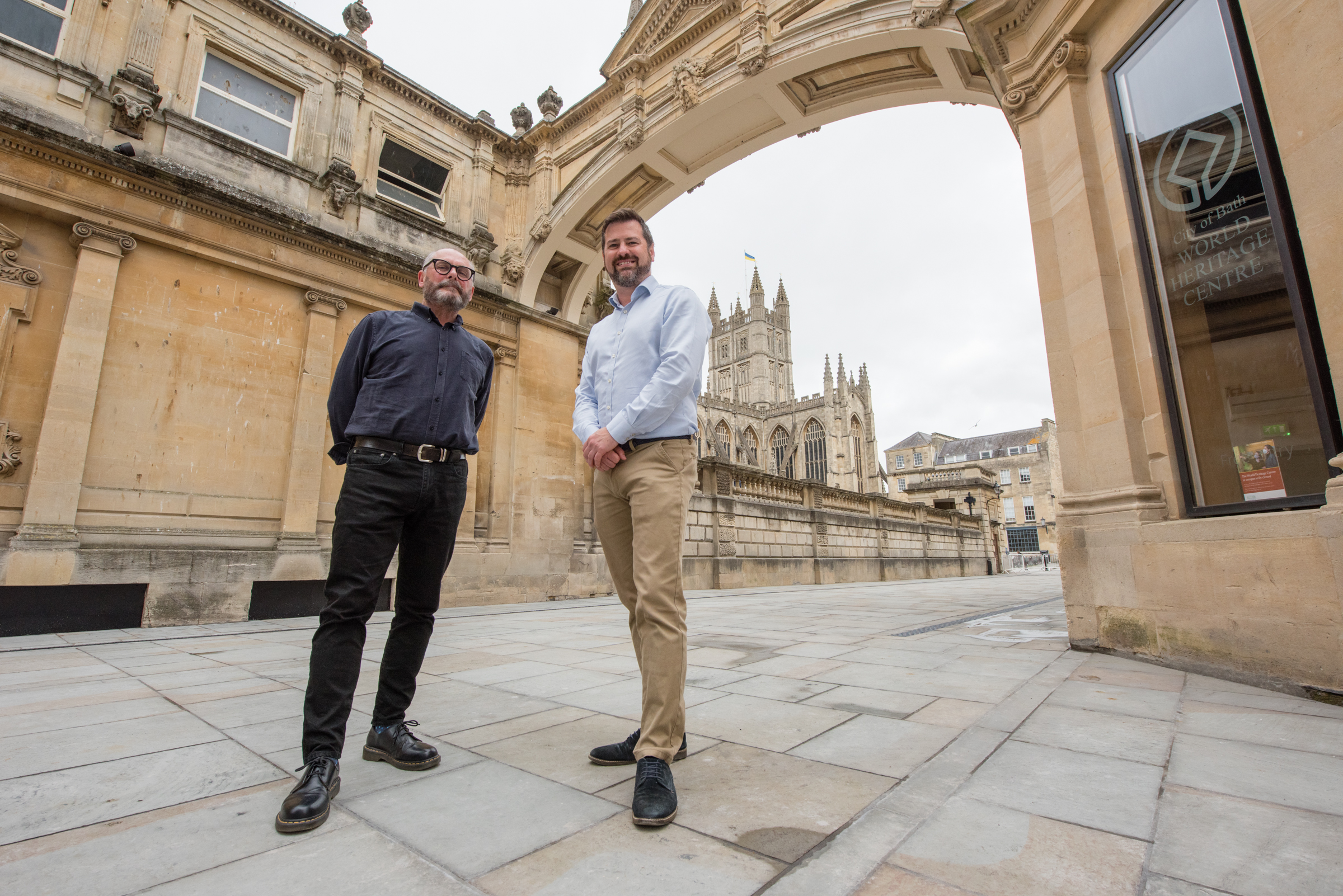 There was a further win for the council’s construction and development company, Aequus Construction Ltd, which was awarded ‘Best Residential Development’ for the construction of nine exemplar, energy-efficient properties at St Joseph’s Court in Sladebrook Road.

Now in their fifth year, the Bath Property Awards are organised by MediaClash and celebrate the best of Bath property and property companies.

Kevin Guy, Leader of Bath & North East Somerset Council, said: “We are delighted to have won these accolades for both our heritage and housing developments, including the prestigious ‘Winner of Winners’ title. The World Heritage Centre offers something we’ve never had in Bath before: a central place where people can discover why Bath is a double-nominated World Heritage Site, and then go out and explore the city. The Clore Learning Centre has transformed the experience of school visits to the Roman Baths and introduced new opportunities for local community groups to interact with the historic site inspiring children and adults for generations to come.

“It’s excellent news that the high-quality homes at St Joseph’s Court have also been applauded for their sustainability credentials. The homes have helped residents get onto the housing ladder who may otherwise not have had the opportunity and the energy savings going forward will continue to make a difference to their lives – as well as supporting our climate emergency goals for the whole district.”

The World Heritage Centre opened to the public in May, celebrating Bath’s unique cultural offering as a UNESCO World Heritage Site and giving an insight into what makes the city so special. The Centre is a springboard for visitors to Bath and local people to engage with the city’s culture, history and heritage and go out and explore popular Bath landmarks as well as lesser-known places around the city.

The Roman Baths Clore Learning Centre ­is a state-of-the-art new learning centre at the Roman Baths. A former Victorian spa laundry building, along with an area of Roman remains beneath street level, have been sensitively renovated to create a centre where school and community groups can learn about history and heritage in a hands-on way. A highlight is a pioneering new learning space called the Investigation Zone – an atmospheric underground environment set amongst real Roman remains.

St Joseph’s Court leads the way in sustainability by incorporating energy efficiency measures such as air source heat pumps and solar panels, which will save residents more than 50% on energy bills. The homes emit no net carbon in use, helping Bath and North East Somerset reach its target of net carbon zero by 2030.

Earlier this year the council acquired two of the semi-detached, three-bedroom houses and made them available to local residents on a shared ownership basis under the government-regulated Help to Buy scheme.

The judges said the scheme was ‘A smart example of a collaborative partnership creating a sustainable development.  One which will see residents benefit from saving over 50% on energy bills’.

Charles Gerrish, Aequus Chairman, said: “This award is fantastic news as the approach we developed at St Joseph’s Court is now being used at Malmains Drive in South Gloucestershire on a larger scale.

“Thanks to all the team at Aequus, the Board and our council partners for their support for these homes which are both good quality and deliver a high level of sustainability. We are looking forward to many more successful schemes like this.”

The Clore Learning Centre is also supported by Clore Duffield Foundation, the Garfield Weston Foundation and The Roman Baths Foundation.

Christmas at the Roman Baths and Pump Room