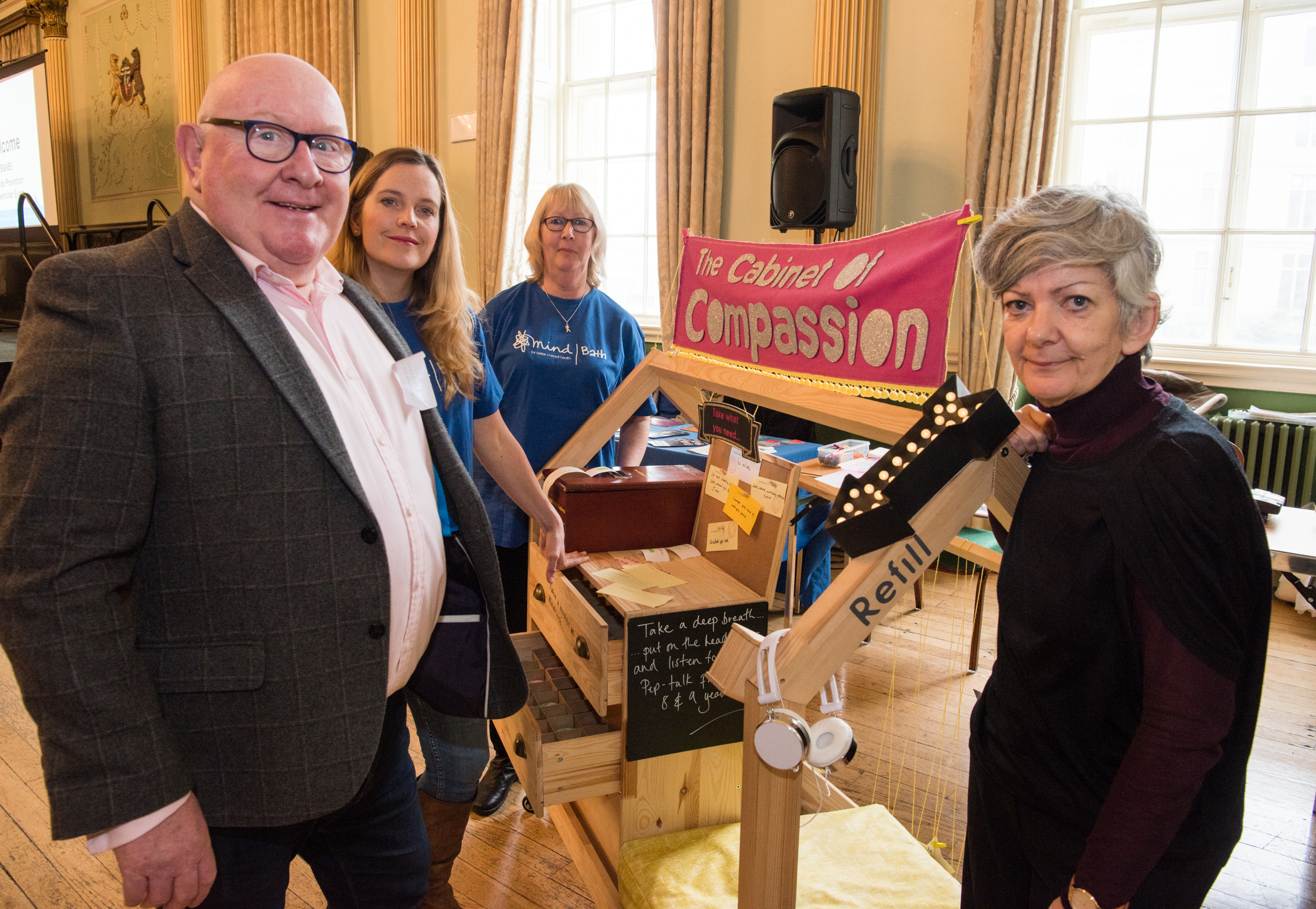 An ambitious plan to reduce suicide and self-harm as well as tackle the stigma around people who take their own life has been put forward for Bath and North East Somerset.

The proposed Suicide Prevention Strategy for Bath and North East Somerset 2020-2023 outlines the commitment of Bath & North East Somerset Council working in partnership to reduce and prevent suicide across the area, as well as supporting people who have been affected by suicide.

Nationally around 4,500 lives are lost to suicide every year, leaving behind devastated family, friends and communities in need of support.

The strategy, which was considered by partners including Bath Mind at a suicide prevention stakeholder event yesterday (6 February) in Bath, contributes towards the national ambition to reduce the number of suicides in England by 10 per cent by 2020/2021.

Other key ambitions in the plan include ensuring that no resident will think suicide is their only option, tackling the stigma associated with suicide and building community resilience around this important issue.

Councillor Rob Appleyard, cabinet member for Adult Services, said: “Our proposed suicide prevention strategy will be key in achieving the reduction we want to see in suicide rates and self-harm across our area. We agree with a statement by Zero Suicide Alliance that potentially every suicide is preventable, and this sentiment is at the heart of our vision for Bath & North East Somerset.

“We want to put this forward plan in action to protect the mental health of our residents. It demands a collective commitment from all our partners so we can reduce the risk of suicide in high risk groups, reduce access to means of suicide and improve support for families and loved ones who have been affected as a compassionate and caring community.”

The strategy commits partners across Bath & North East Somerset to:

Anyone who is worried about their own mental health or that of someone else should talk to their GP, explore local community services https://bathneshealthandcare.nhs.uk/mental-health/ or call the Samaritans 116 123 free from any phone or 0330 094 5717 (local call charges apply).

More information about the strategy can be found at https://www.bathnes.gov.uk/sites/default/files/siteimages/PublicHealth/suicide_prevention_strategy_2020_-_2023_banes_-_draft.pdf

Could you benefit from a Midlife MOT?

Recycle electrical goods on your doorstep and pick up rewards!