Council thanks city businesses and residents for supporting clean air 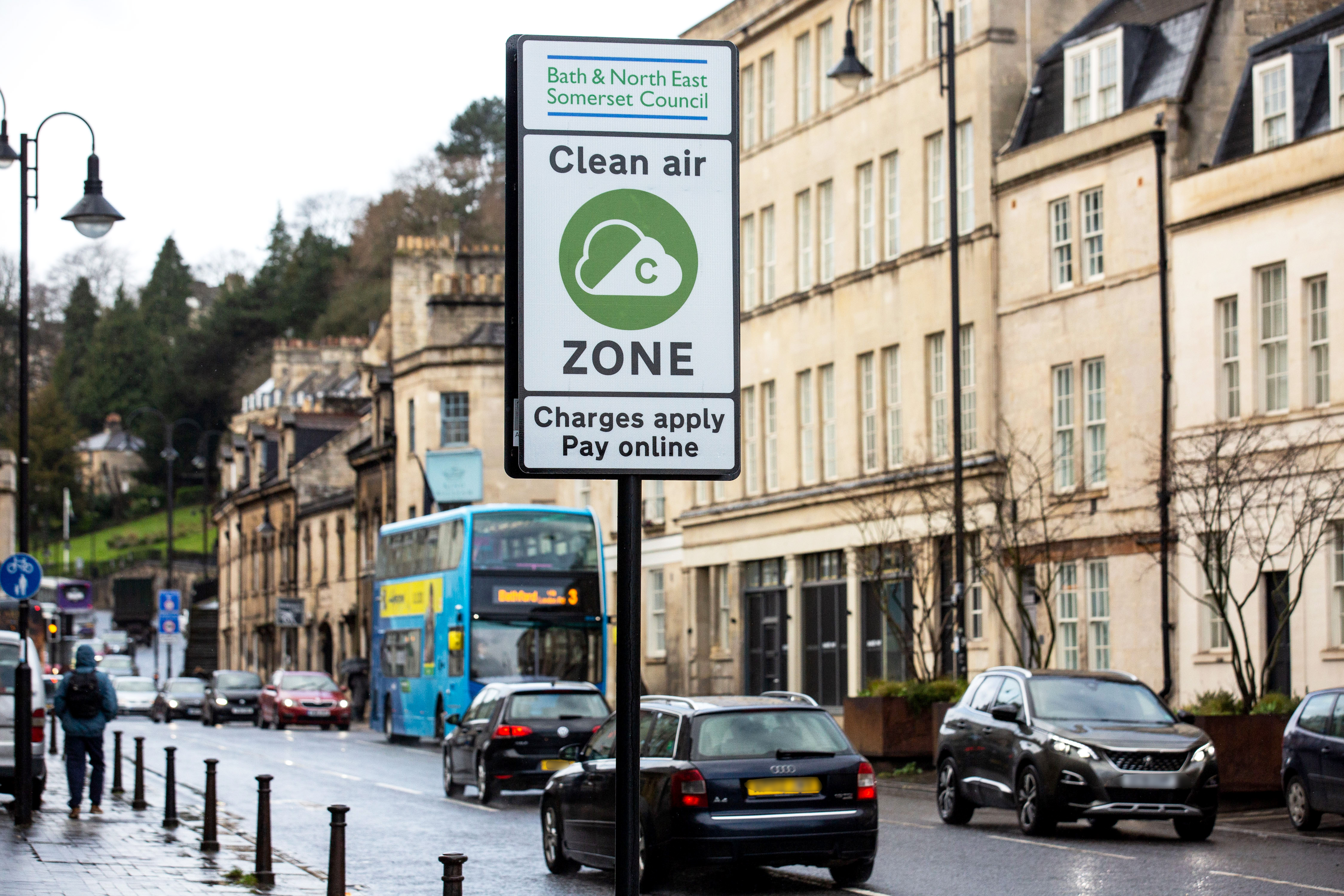 Leaders at Bath & North East Somerset Council are thanking residents and businesses for supporting Bath’s Clean Air Zone on the anniversary of its launch.

On 15 March 2021, Bath launched the first charging clean air zone outside of London to urgently drive down high levels of nitrogen dioxide (NO2) pollution in the city centre.

One year on, there is every indication that the class C zone, which does not charge cars, is working well to change behaviours and improve air quality.

More than 90% of HGVs, coaches, buses and taxis entering the zone are now compliant with the city’s minimum emission standards, which means they don’t need to pay. Van compliance rates have also improved, rising from 60% during the first month of the zone’s operation to more than 80% compliance.

Around 41,000 unique vehicles travel in the zone every day. Most of these are private cars, but around 5,300 (13 percent) are buses, taxis, vans or HGVs that only pay in the zone if they don’t comply with emission charges.  An even smaller percentage have to pay, and this figure has halved since launch from 4.5 percent of all vehicles having to pay, to just 1.5 percent (just over 600 vehicles) by February 2022.

The annual report on Bath’s CAZ will not be published until July 2022 following analysis of the results by central government. However, available data from the first half of the year suggests that NO2 pollution across Bath – not just within the zone - fell by 14% compared with the same period in 2019. This is despite traffic returning to normal and, at times, above historic levels as pandemic restrictions eased.

The council has supported this fleet change with its financial assistance scheme to help replace the city’s most polluting, chargeable vehicles with cleaner ones. Figures show 1,500 vehicles were approved for grants and interest free finance, 800 vehicles have so far been replaced using these funds, and 200 more replacements are currently on order. Local business owners and residents with compliant vehicles on order are currently benefiting from exemptions.

Councillor Sarah Warren, deputy leader and cabinet member for Climate and Sustainable Travel, said: “On the anniversary of Bath’s Clean Air Zone, we want to celebrate where we are in this journey, and say thank you to people for their support. This includes bus, freight and logistic companies, local business and taxi drivers who applied for funds to replace polluting vehicles.

“We also want to thank residents who are consciously limiting short car journeys through the city, despite cars not being charged in the zone.

“The signs of improvement we see are heartening and important. Adapting to the zone has been hard, but we’re proud of the way that the city has got behind it. We’re not out of the woods yet - there is still room for improvement - but we’re definitely moving in the right direction.”

Nitrogen dioxide is extremely toxic. You can’t see it, or smell it, but it can contribute to fatal asthma attacks, make respiratory and heart problems worse, and is associated with reduced lung development in children. A recent study has also suggested that falling air pollution may help to fend off conditions such as dementia.

Since launch, the zone has generated £5.3 million in revenue. All revenue continues to cover initial investment and future operating costs. Once these are sufficiently funded, any surplus income would be allocated to support the council’s sustainable transport initiatives.

Plans to further improve neighbourhoods and create healthier communities in Bath and North East Somerset are taking shape under the Liveable Neighbourhoods programme  as well as plans for the development of six residents parking zones.

And work continues on the council’s Journey to Net Zero to reduce the environmental impact of transport in Bath and help combat climate change, improve air quality, improve health and wellbeing, and tackle congestion.

Bath Bike Park project at Entry Hill will not proceed