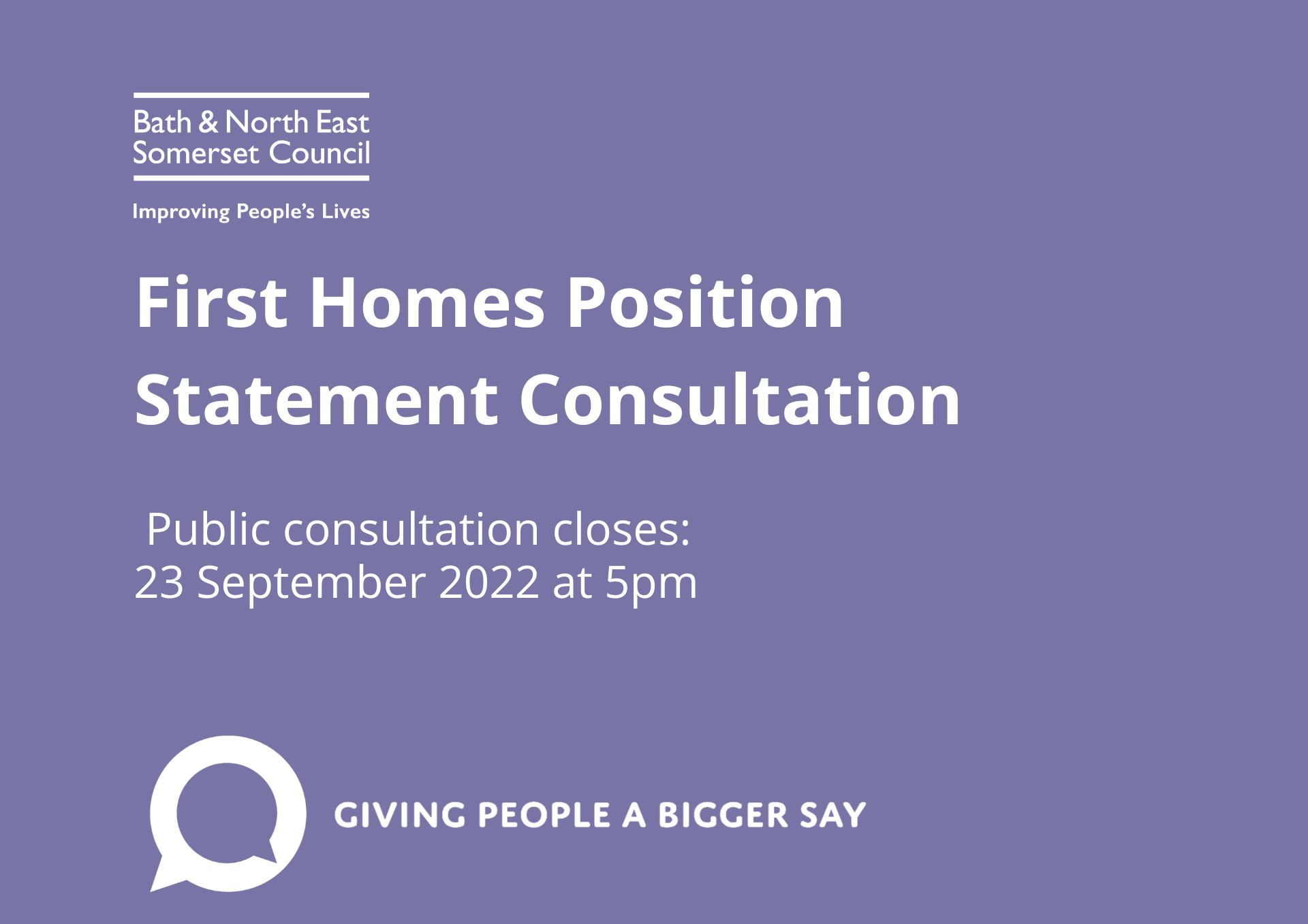 Bath and North East Somerset Council has launched a consultation on its proposed Interim Position Statement on First Homes, a national housing policy.

The consultation runs for seven weeks and can be found on the council’s website.

First Homes is a new government affordable housing policy which aims to provide would-be homeowners with the option to buy a new-build home at a discount. It requires 25 per cent of the affordable homes in each new build scheme to be First Homes.

In Bath and North East Somerset, this would mean that First Homes would replace Shared Ownership. However, the council’s analysis of recent shared ownership sales in B&NES showed that less than 2 per cent of buyers in the area would have been able to afford a First Home equivalent of the house they bought.

The proposed Interim Position Statement outlines the council’s intention not to include First Homes as a mandatory element of planning policy for that reason.

Councillor Tim Ball, cabinet member for Planning and Licensing said: “The council’s priority is for homes for social or affordable rent as they best meet the needs of our residents who can’t afford or access open market housing. Implementing the First Homes policy could impact on the amount of the more affordable social housing types that the council could provide. We’re launching this consultation to give people an opportunity to have their say on our Interim Position Statement.”

In order to retain the 75 per cent proportion of rented affordable home, if the council implemented First Homes, it would replace the Shared Ownership portion with First Homes.

The proposed Interim First Homes Position Statement can be found here and the address for response is firsthomesconsultation@bathnes.gov.uk

All feedback will be considered in the creation of the final Position Statement. This will feed into the new Local Plan and be published online.