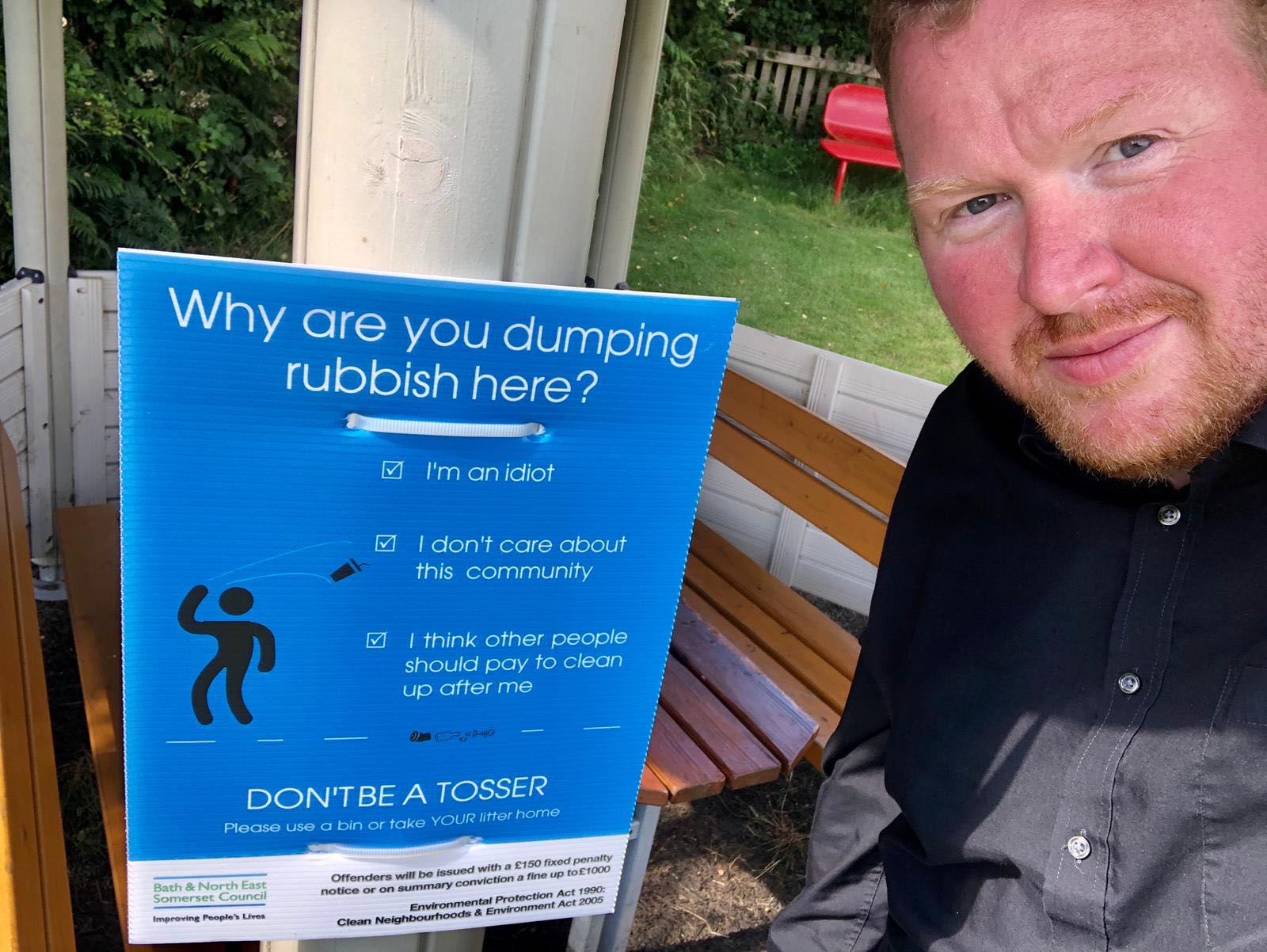 Bath & North East Somerset Council’s new anti-littering campaign ‘Don’t be a tosser’ has reached more communities in the district with further signs having been put up at key hotspots.

The campaign, launched at the end of June in response to a significant increase in rubbish left in parks and open spaces since lockdown eased, now includes temporary signs at Temple Cloud, Midsomer Norton, Keynsham, Saltford and in several parks in Bath.

With the council’s cleansing team having dealt with more than 120 littering incidents in the district in May and June this year alone, the council is giving the clear message that people’s rubbish is their responsibility and they must use a bin or take their litter home.

Parish councils can ask for signs to put up in their area and further requests have been made for Whitchurch, Westfield, Clutton, Compton Dando, Publow & Pensford and Oldfield Park.

The council is reiterating that the notices are not intended to cause offence to anyone but that the message must be hard-hitting to tackle the issue.

Anyone who is caught littering can be issued with a £150 fixed penalty notice from the council’s in-house enforcement team.

Councillor David Wood, cabinet member for Climate Emergency and Neighbourhood Services, said: “We had a hugely positive response to the launch of our ‘Don’t be a tosser’ campaign and I’d like to thank everyone who has supported us. It’s great to see our signs going up across the wider area, starting with rural areas and then moving into the towns and Bath. We need to make sure people are in no doubt that littering must stop, and that we will fine people if they drop their rubbish. Littering has a huge impact on our environment, wildlife and makes life unpleasant for everyone who wants to enjoy our beautiful open spaces.”

Last year more than 1,000 bags of litter were collected by the council, weighing around 3.5 tonnes. The most common items littered in parks and open spaces include gas canisters, balloons, glass, disposable barbecues, plastic bottles, cans and bags of dog foul.

More information about how the council handles littering and enforcement can be found here https://www.bathnes.gov.uk/services/streets-and-highway-maintenance/litter-street-care-and-cleaning

Don’t be a tosser, take your litter home