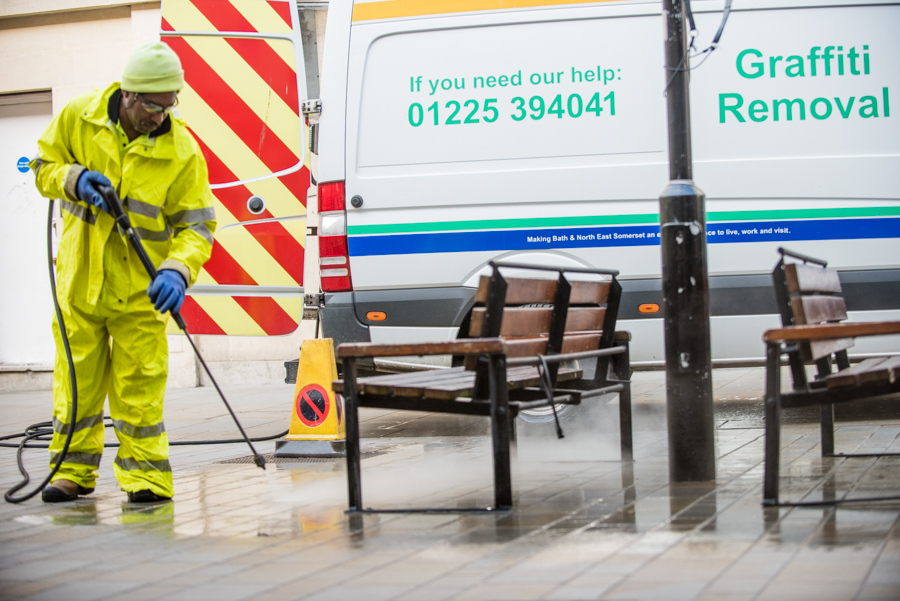 Plans for even more investment in neighbourhood services to improve streets, parks and highways will be discussed by Bath & North East Somerset councillors.

While there has been additional investment in street cleansing over the last two years, Neighbourhood Services which includes highways maintenance, waste, cleansing, fleet, parks and grounds has had funding cuts over the last ten years.

Now, a report before cabinet, which meets on July 20, recommends investing further in Neighbourhood Services to improve standards and reinstate some services.

And it also recommends that the council never again uses glyphosate to control street weeds and instead prioritises funding for mechanical and manual weed removal for street weeds.  Glyphosate will still be needed in some circumstances such as Giant Hogweed and Japanese Knotweed

Councillor Dave Wood, cabinet member for Neighbourhood Services, said: “In common with every local authority, Bath & North East Somerset Council has had to make huge cuts to services in order to balance its budgets over the last 10 years which has had an impact on services like highways maintenance, street cleansing and parks. To reverse this we invested in additional street cleansing and more main road litter picking in rural areas, this year. But we want to do more to improve the quality of our environment and that means more investment in our neighbourhood services. I am particularly pleased to see the recommendation to stop using glyphosate to control street weeds which is better for our wildlife and in line with our commitment to tackling the climate and ecological emergency.”

Further investment which the cabinet is being asked to consider includes:

The report says £950k revenue, funded from reserves, on a 12-month pilot will fund the additional services with permanent growth then being determined through the budget process.

A link to the report can be found here: https://democracy.bathnes.gov.uk/ieListDocuments.aspx?CId=122&MId=5524