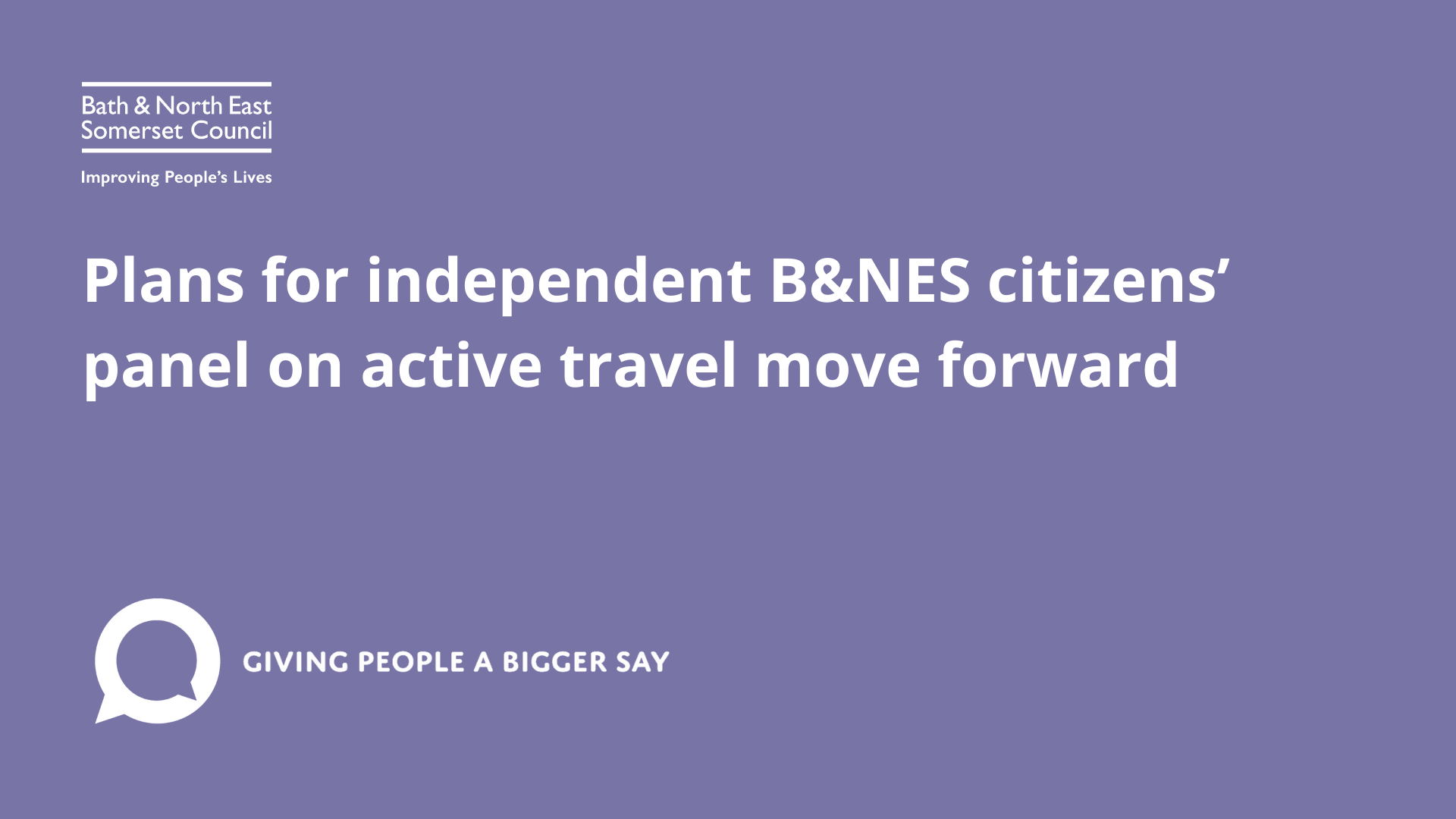 Plans for an independent citizens’ voice on how best to boost walking and cycling in Bath and North East Somerset have taken a step forward with the appointment of a national organisation to recruit, establish and support an independent panel of local residents.

Bath & North East Somerset Council has commissioned Britain Thinks, who have significant experience in running independent community engagement panels, to establish a Citizens’ Panel to deliberate on how to improve active travel between Bath city centre and outer areas of the city.

The appointment follows a commitment by the council’s cabinet last year to commission a “citizens’ jury or other suitable process of deep public engagement”, to determine the most appropriate safe, strategic cycle route to improve between the city centre, the University of Bath and the large employment and education sites in the Claverton Down.

The panel, which will cost £30,000, is being jointly-funded by Bath & North East Somerset Council and the University of Bath, but will carry out its work independently. Britain Thinks will use their expertise to appoint a representative panel which will consider and weigh evidence, and make recommendations, without preconceived ideas.

The panel will be asked to consider how best to identify, develop and consult on improvements to cycling and walking between the city centre and outer areas of Bath, including Claverton Down, with its University and other employment sites,

Councillor Sarah Warren, deputy leader and cabinet member for Climate Emergency and Sustainable Travel, said:  “I am pleased that we are able to work with Britain Thinks on this innovative project.

“We know that we need to improve walking and cycling facilities between the city centre and areas such as Claverton Down, particularly where people are travelling out of the city, especially given the city’s topography”

“However, reallocating road space from current uses to active travel such as walking and cycling is always very challenging and people quite rightly raise many concerns when we seek to progress schemes that do this.  So the aim of this panel to give a genuinely independent perspective to inform our approach. That’s why we are asking it to take a broad view and provide us with genuinely independent, informed thinking about how we should approach these schemes in future

“It is vital that the panel is independent of the council and properly representative of our community. At any one time we may be drivers, pedestrians, cyclists or bus users, but we are all citizens and residents. Britain Thinks have considerable expertise in establishing deliberative panels such as this and the council will not be involved in selecting the panel members”

Britain Thinks will now select 24 members for the Panel, taking into account a range of factors to achieve a broad representation of Bath and North East Somerset’s population. These will include age, social economic group, housing tenure, ethnicity and disability. Particular attention will be paid to ensuring there is a broad spread of transport usage reflected in the panel, whether that is cycling, public transport use, or car use. There will also be a broad spread of where people live in Bath and North East Somerset.

Councillors will not sit on the panel but will receive recommendations following its deliberations.

Call for evidence to improve active travel in B&NES