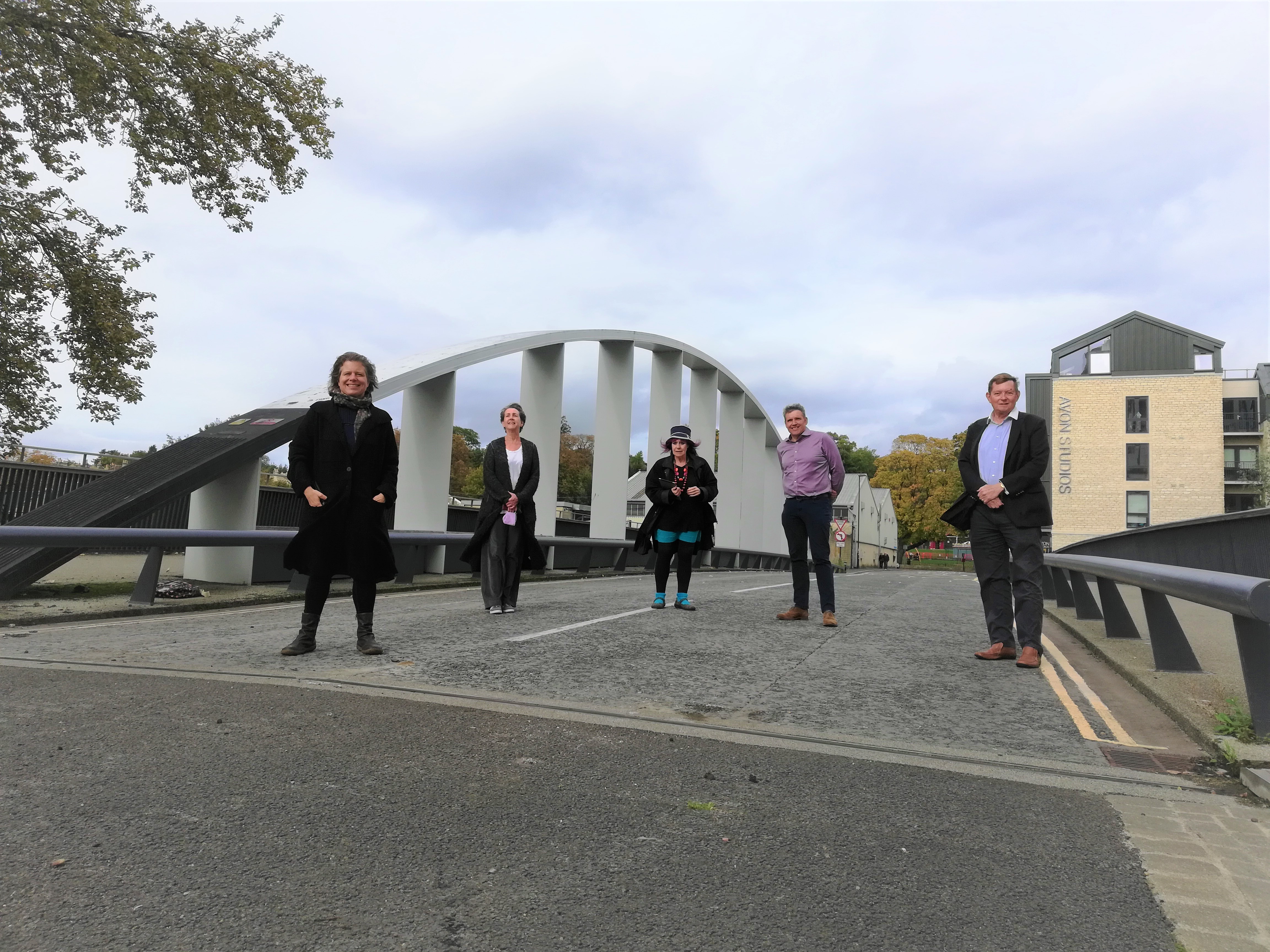 The brand-new Destructor Bridge in Bath is set to encourage more walking and cycling and help create a low traffic neighbourhood after it opened yesterday (October 7).

The bridge will allow traffic to use the northern entrance to the new Bath Western Riverside community and businesses and features a three-metre corridor for pedestrians and cyclists, to encourage more sustainable travel across the city.

The bus gate allows buses to pass through and serve the new community without getting caught in traffic on the Lower Bristol Road and Windsor Bridge Road, giving more reliable journey times and encouraging sustainable travel.

Restricting through-traffic gives cyclists and pedestrians a real choice to travel along a low traffic road as an alternative to competing for road space on the congested Lower Bristol Road.

Bath & North East Somerset Council is asking drivers to note that they will not be able to travel from Upper Bristol Road to Lower Bristol Road, as they may have been accustomed to doing before the old bridge was closed to traffic in 2013 for the construction and development of Bath’s Western Riverside.

The original Destructor Bridge, a single lane structure dating from the 1870’s, was originally moved from Green Park to Midland Road in the early 1900’s to provide access to the City’s incinerator, hence the name.  With the redevelopment of Bath Riverside came the opportunity to improve this crossing with better cycle and pedestrian facilities.

Councillor Joanna Wright, joint cabinet member for Transport Services, said: “We realise that the community has been waiting a long time for the Destructor Bridge to reopen, so I’m delighted that we have now been able to officially do so. It will get traffic moving in the city at the same time as prioritising travel by bus, foot and bike, helping to create a low traffic neighbourhood by encouraging active travel. We are grateful to the ward councillors and other members of the community who have supported us throughout the project.

“We have considered carefully the impact vehicles exiting Midland Road would have on Lower Bristol Road, which already carries a high volume of traffic. We have therefore made the decision to restrict vehicle access to one-way northbound to prevent congestion. It will also help avoid rat-running taking place through Bath.”

The new bridge was delivered by Crest for the council as part of the wider site infrastructure, funded with £3.6M Homes England and MHCLG Growing Places grant.  The new structure was designed by bridge designer Flint and Neill & Knight Architects. It was constructed on site by local contractor Britannia Construction and slid into place using specialist equipment.

Facelift for Kingsmead Square with installation of new parklets

More time to give your views on liveable neighbourhoods