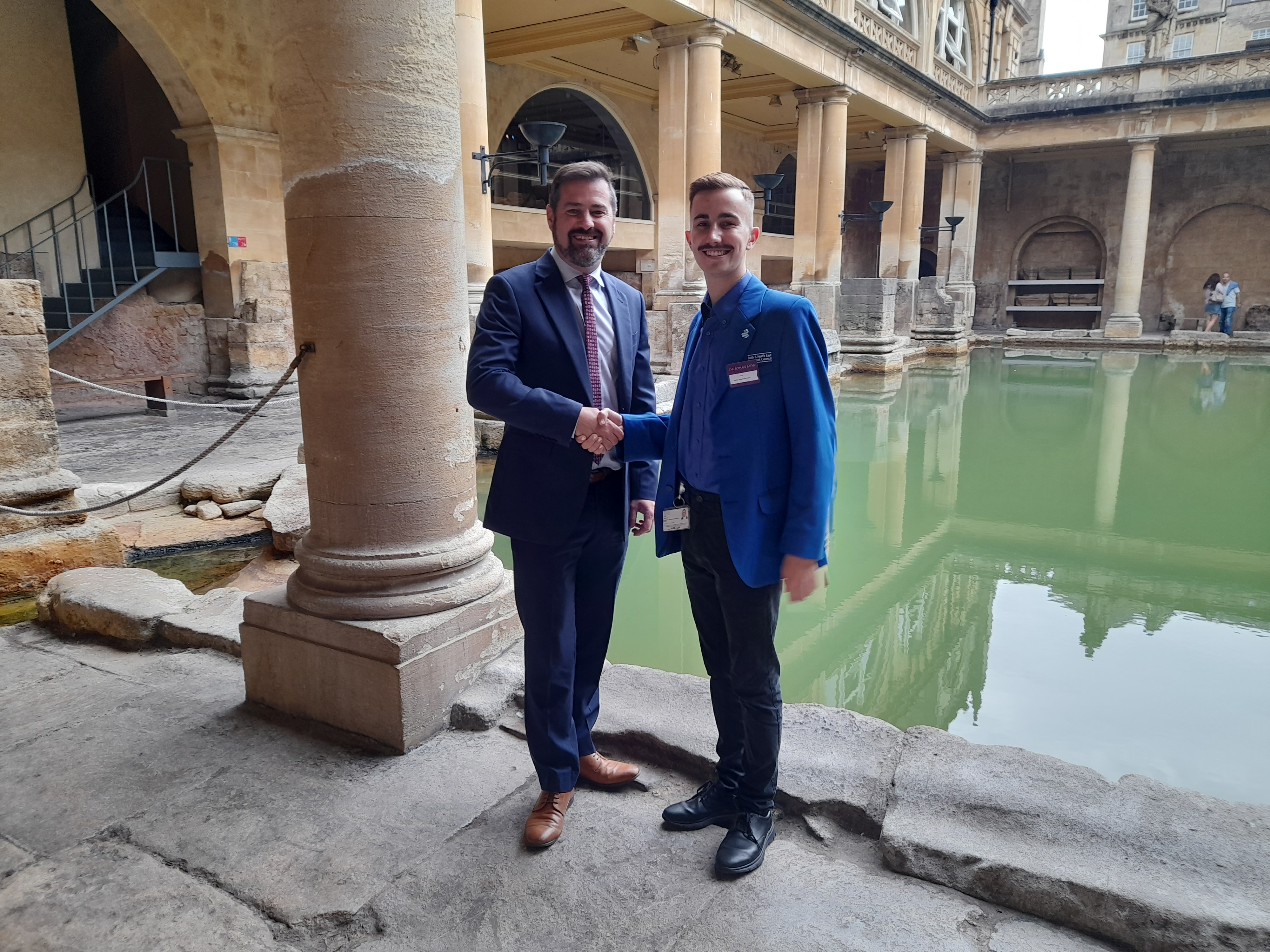 Following a busy summer where visitors exceeded 100,000 for the first time since 2019, the Roman Baths & Pump Room has come third in Which?’s survey of the best historic attractions in the UK.

The Roman Baths drew praise for the opportunity to explore the ‘fascinating' and ‘well-preserved’ ruins in the heart of the city. The historic site scored an impressive five stars for its engagement and entertainment value, with several respondents telling Which? that they appreciated the high-quality video exhibits on offer.

Councillor Kevin Guy, Leader of Bath & North East Somerset Council, said: “Staff at the Roman Baths work hard to provide an outstanding and memorable experience for all of our visitors, and we’re delighted to have this recognised by visitors themselves in the Which? survey.”

The survey of almost 3,000 Which? members took place between April and May 2022 and looked at nine criteria including overall value for money, helpfulness of staff and lack of crowds.

The result caps a strong year for the Roman Baths, which was also recently named Number 1 UK attraction and Number 8 best-rated attraction in the world by Tripadvisor. Visitors have also been returning, with over 105,000 people visiting in August alone.

Councillor Kevin Guy continued: “Not only do the Roman Baths, and the council’s other museum and heritage sites, provide an excellent service for visitors – the money they make is used by the council to improve the lives of residents across Bath and North East Somerset.”

Fountains Abbey in Yorkshire and the Royal Yacht Britannia in Edinburgh tied in first place with 88 per cent. The Roman Baths & Pump Room came a close joint third with Culzean Castle and Country Park in Scotland, both achieving a score of 87 per cent.

Autumn lectures and day courses at the Roman Baths