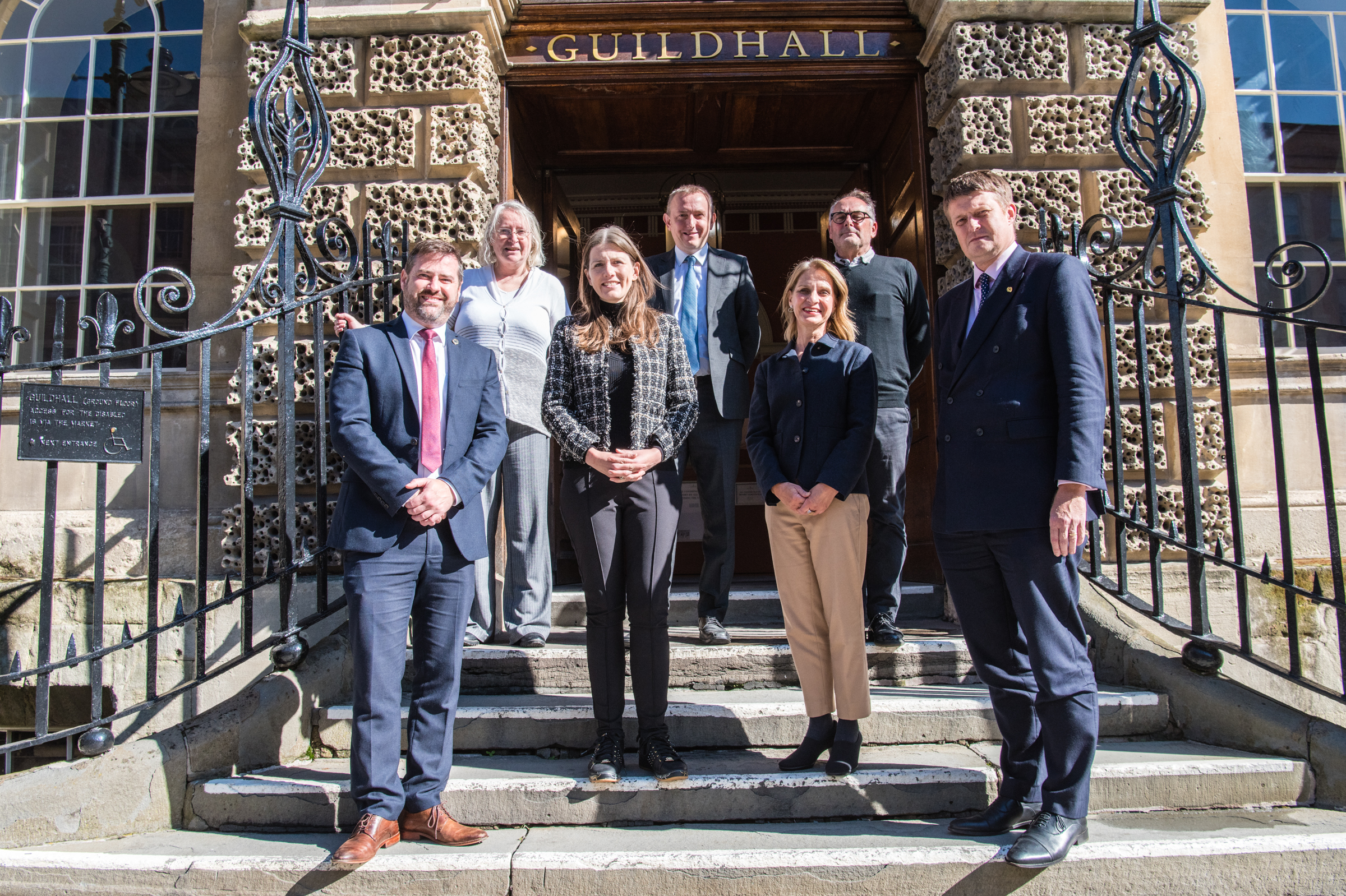 The move follows a recommendation, approved by Bath & North East Somerset Council’s cabinet to work with Wiltshire Council, and the Sub-Regional Transport Board, to complete a strategic study into north-south connectivity between the M4 and the Dorset Coast with an aim of making the A350 the strategic route and limiting HGV use of Cleveland Bridge.

Councillor Guy said: “We held a very constructive talks and I want to thank Wera Hobhouse for calling the meeting and for Michelle Donelan and councillors Richard Clewer and Mark McClelland for coming along to the Guildhall to talk with us.

“It goes without saying that we all want our fair share of cleaner air and less pollution generated by HGVs on our roads. We are saying there has to be a fairer and better way of getting freight to and from the M4 to all the southern ports and that it cannot all come through the heart of Bath and across Cleveland Bridge. This was an opportunity to express our concerns with our neighbours and understand what the next steps and options are to tackle this issue regionally.

“We have agreed to continue talking and will be taking up Wiltshire’s invite to meet in Westbury to understand their traffic issues.”