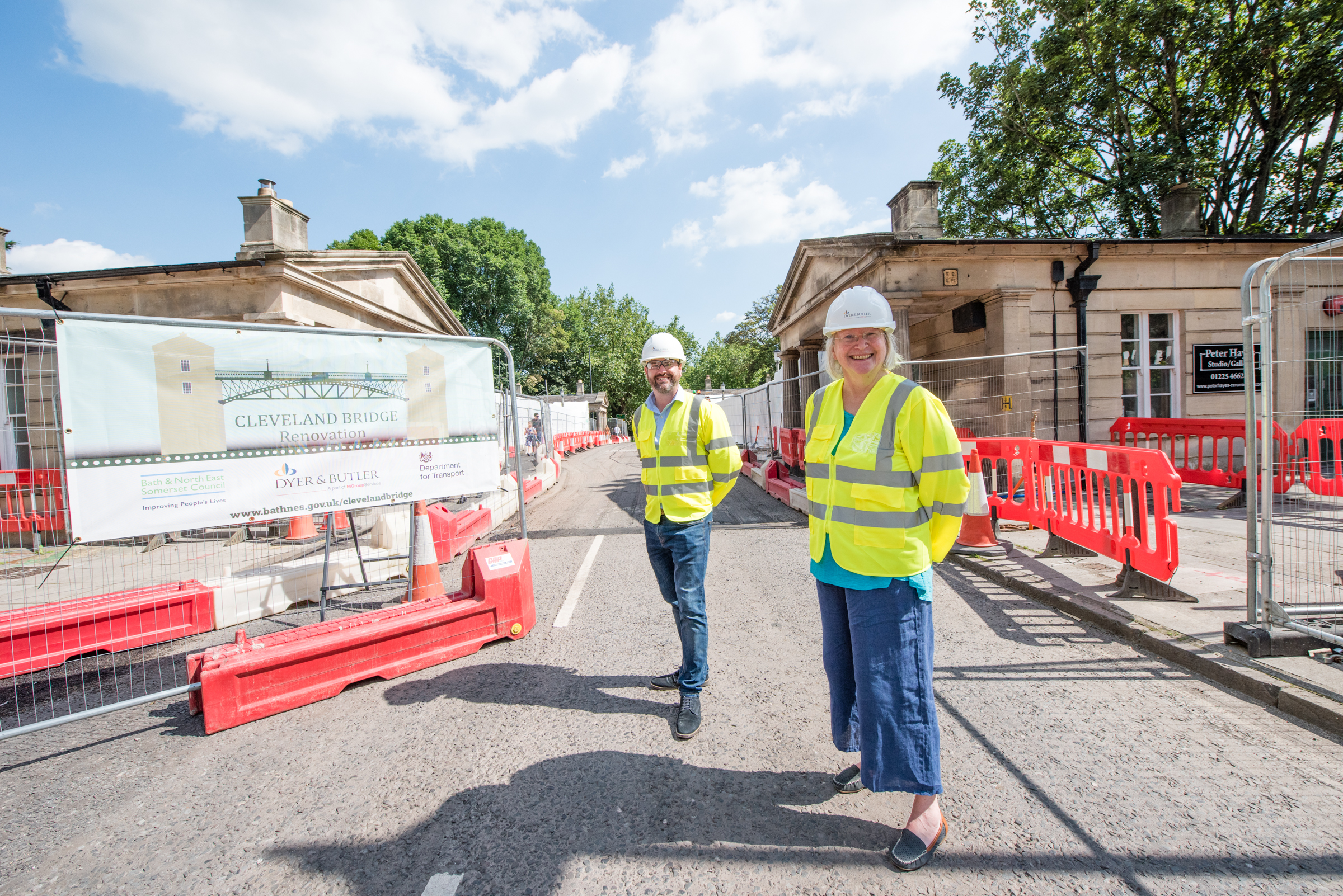 Work on Cleveland Bridge is progressing following a detailed inspection by engineers of the damaged concrete trusses supporting the deck.

Repair work on the Grade II* listed structure, which carries 17,000 vehicles a day, is needed to safeguard its future.

Preparation work had already started prior to the mammoth task of scaffolding the bridge and closing it to traffic.

Council leader, Councillor Kevin Guy and cabinet member for Transport, Councillor Manda Rigby met staff from contractor Dyer and Butler, who are carrying out the repairs on behalf of the council.

Councillor Guy said: “It is a significant engineering project and being able to meet the team working on site and to look under the bridge deck at the trusses was a real eye-opener.

“Since our visit, however contractors carried out further detailed inspections which have shown the extent of the damage which is worse than identified when engineers, using ropes to access the trusses, carried out a survey last year.”

Councillor Manda Rigby, cabinet member for Transport said: “Our project team are working with the contractor to maintain our original programme, but there remains a risk that once the damaged concrete is removed, defective reinforcing bars are found.

“We do appreciate the closure causes disruption and we want to thank people for their patience. As the recent detailed survey has shown, the nature of the work meant we didn’t have any alternative but to close it.”

On top of the bridge, work is continuing to the west side of the deck removing the existing bedding and waterproofing.

The bridge has been closed to motorists, access remains for pedestrians, cyclists and emergency services.

Diversion routes for Bath city centre and through traffic on the A36 via South Gloucestershire are available on the council’s  Cleveland Bridge webpage.

The £3.8 million project, funded through the Government’s Highways Challenge Fund, began in May with traffic filtered over the river crossing by temporary traffic lights as scaffolding was erected.

Any changes to the programme timeline will be posted on  www.bathnes.gov.uk/clevelandbridge as work goes on. You can also read our regular progress updates on https://medium.com/cleveland-bridge-renovation