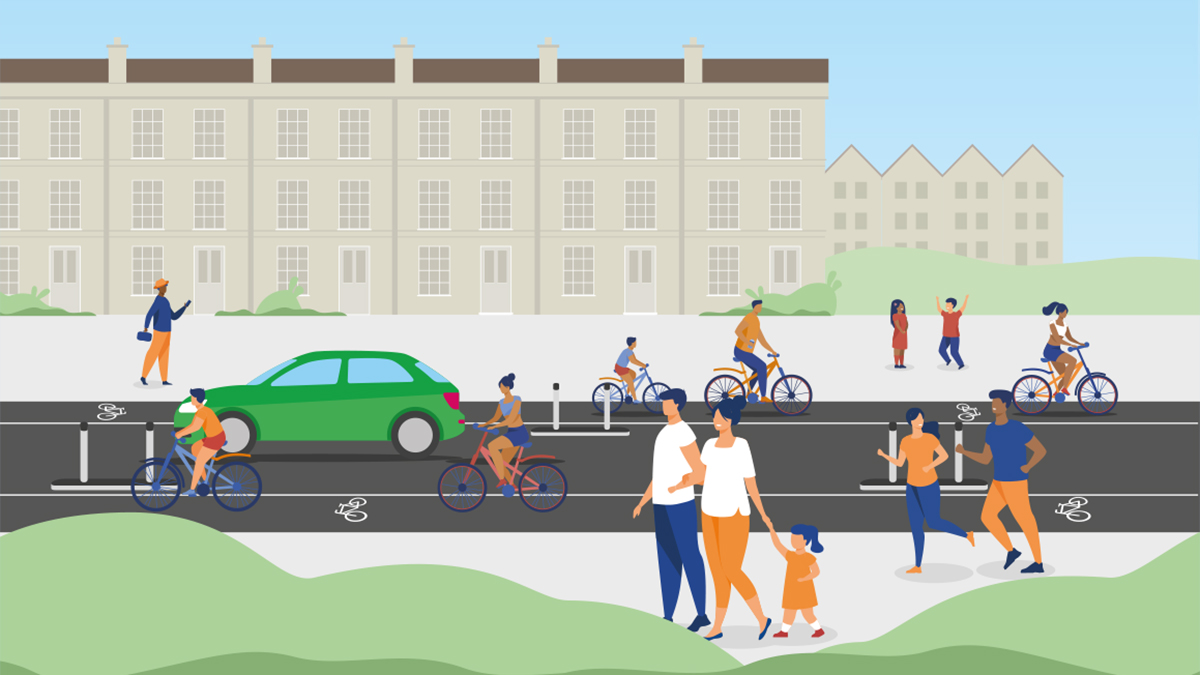 Work is set to start on one of two schemes to improve walking, wheeling and cycling along two routes in Bath.

Separated cycle lanes are being created and improvements made for pedestrians along the A4 Upper Bristol Road with work scheduled later in the summer on the A36 Beckford Road scheme.

Residents and businesses have been written to about the Upper Bristol Road works which were due to start on July 11 but will now begin on July 18 and which are expected to finish later in the autumn.

Ahead of the main works replacement parking and loading bays will be installed in nearby areas from 5 July. This will then allow the removal of parking on Upper Bristol Road in order to start reconfiguring the road space for the dedicated cycle lanes.

The works on Upper Bristol Road include:

The A36 Beckford Road scheme will include:

Councillor Sarah Warren, cabinet member for Climate and Sustainable Travel said “We are writing to residents and business to keep them informed about the work which will reallocate road space, giving more space to cyclists and pedestrians. We want to assure people living and working in Upper Bristol Road that every effort will be made to minimise noise and disruption. Our intention was to start on July 11 however this has been put back to the July 18 because another scheme which our contractors are working on has been delayed due to a water leak.

“The aim of the scheme, when it is completed, is to encourage more people to cycle, wheel or walk and in turn reduce congestion and improve air quality as we develop a larger improved cycle network across Bath and North East Somerset.

“As part of this scheme we are introducing cycle lanes that pass a bus on the kerb side. This means new types of ‘floating bus stops’ not seen before in Bath. All of us, whether on bikes, walking, wheeling, using the bus or driving will need to get used to how these work and be mindful of each other.”

The works will be phased generally working from west to east. For more detailed information on the phasing and timing of our works will be made available on our web site at http://www.bathnes.gov.uk/upperbristolroad-works

The majority of people who responded in favour of the proposals made reference to the need for safe and convenient infrastructure for cyclists and to create better places for people on foot. However, the most frequent concerns raised by people objecting to the proposals was related to the loss of on-street parking spaces and questioning the need for the cycle lanes.

Both schemes are being funded by £500,000 from the Government’s Active Travel Fund to enable more people to walk or cycle for local trips. The council submitted the successful bid to the Department for Transport through the West of England Combined Authority.

Bath Bike Park project at Entry Hill will not proceed